What Is ACES and PIES data? 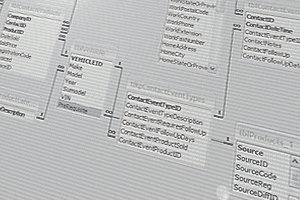 How ACES and PIES data works in the automotive aftermarket

These data standards work together to manage and exchange part number and fitment data to subscribers. It also gives the automotive aftermarket industry a universal standard to work with. So why have ACES and PIES become the industry standards that are used today as many as 500,000 members? To understand that, we need to take a deeper look. Let’s dig into the definitions of the ACES and PIES information exchange standards.

ACES (sometimes incorrectly called AAIA ACES) and PIES (sometimes incorrectly called AAIA PIES) show how our industry is different from other industries. We have to manage year, make, model fitment data for products. This presents unique challenges to companies exchanging data. This data helps create websites, sell online or in a retail store, or helps warehousing products. These data standards were created by the Auto Care Association when the association was still called Automotive Aftermarket Industry Association (AAIA).

What is ACES data and how does it define automotive parts data?

ACES data files come in an XML format and can be used after paying a subscription fee to the Auto Care Association. To be specific, the ACES format is a nested XML file, with only one file per brand. The current ACES data file is ACES 4.2 released July 2021.

The Auto Care Association maintains ACES files, using the guidance of the Auto Care Association’s Technology Standards Committee. They also update the vehicle applications database. This application database is known as VCdb for “Vehicle Configuration Database.” Monthly updates keep it current. Vehicles as far back as the 1896 model year if manufactured in the United States, 1942 (Canada) and 1961 (Mexico) are included in the VCdb. Powersports fitments go as far back as the 1920 model year (United States) or 2015 (Mexico). The latest ACES update now includes vehicles sold in South America, including Chile, Brazil, Argentina and Colombia, and Spanish translations are available, too.

Parts that are universal and don’t have a specific fitment will not have ACES data. Think of ACES as the link between a part number and a specific vehicle in the VCdb.

There are two subscription levels for the VCdb. One covers automobiles and light duty trucks GVW 1 through 3. It also covers powersports including ATVs, personal watercraft and motorcycles. Another subscription covers medium- and heavy-duty trucks for GVW classes 4 through 8.

The Product Classification database (PCdb) is also part of the ACES standard. It contains a standard list of part types and categories, such as “piston” for example. It covers collision repair parts, replacement parts, service repair parts and aftermarket supplies.

How does ACES data get to Amazon?

Amazon sells billions of dollars in automotive parts and accessories. Amazon’s seller documentation states they prefer to receive ACES fitment data in one of two ways. They want to either receive it directly from a manufacturer or brand owner, or they want to receive it from a third-party data provider approved by the manufacturer/brand owner. Amazon doesn’t approve all sellers’ requests to be the fitment data provider. This decision is made by the Amazon Automotive Part Finder team.

What is PIES data for automotive parts?

PIES data includes information on brands, which follow a standardized structure as with the other PIES fields. Private brands can be included in a PIES file by using the brand owner name, or the retailer’s name.

You can download the latest PIES 7.2 technical specifications by visiting this page and scrolling to the bottom, or here is a direct link to the PIES release notes as of June 2020, hosted on the Auto Care Association website.

How to remember ACES vs. PIES

By the way, any reference to “AAIA ACES” or “AAIA PIES” is really outdated. That’s because AAIA (Automotive Aftermarket Industry Association) is now the Auto Care Association.

How are ACES and PIES data used together?

As ACES and PIES are the industry standards for data management in regards to parts and fitment, it is no secret that utilizing these two information exchange standards together efficiently is a key to success in the automotive aftermarket industry. When order parts customers, warehouse managers, shop owners, etc, will first reference the ACES data in order to determine if your part will properly fit their vehicle. If the part is a fit, the customer can then reference your PIES data to determine whether your specific part satisfies all of their needs. The ACES and PIES information exchanges provide data that takes the guesswork out of ordering parts if your data is properly managed and maintained. By taking the guesswork out of the equation ACES and PIES combine to be able to deliver higher sales and revenue while simultaneously reducing issues such as product returns or ordering errors.

ACES or PIES data does not include this:

The Auto Care Association has made it clear that ACES and PIES aren’t an industry-wide lookup for products, or for fitment data. It isn’t an industry-wide database. It also does not include OEM replacement parts. ACES doesn’t get to the level of detail that would let it work for OEM fitment when it comes to OEM replacement parts, either. It is also not a VIN lookup tool.

Formats for ACES and PIES

All databases are available in four data formats. These are Access 2007, ASCII, MySQL and SQL Server 2008 R2.

The Auto Care VIP Portal for ACES and PIES data

ACES and PIES subscribers can download the current versions of the Vehicle Configuration Database (VCdb), the Product Classification database (PCdb), the Product Attribute database (PAdb), the Qualifier database (Qdb) and the Brand Table from a new web interface set up by the Auto Care Association, called the Vehicle Information Portal (VIP). You can access VIP at this link.